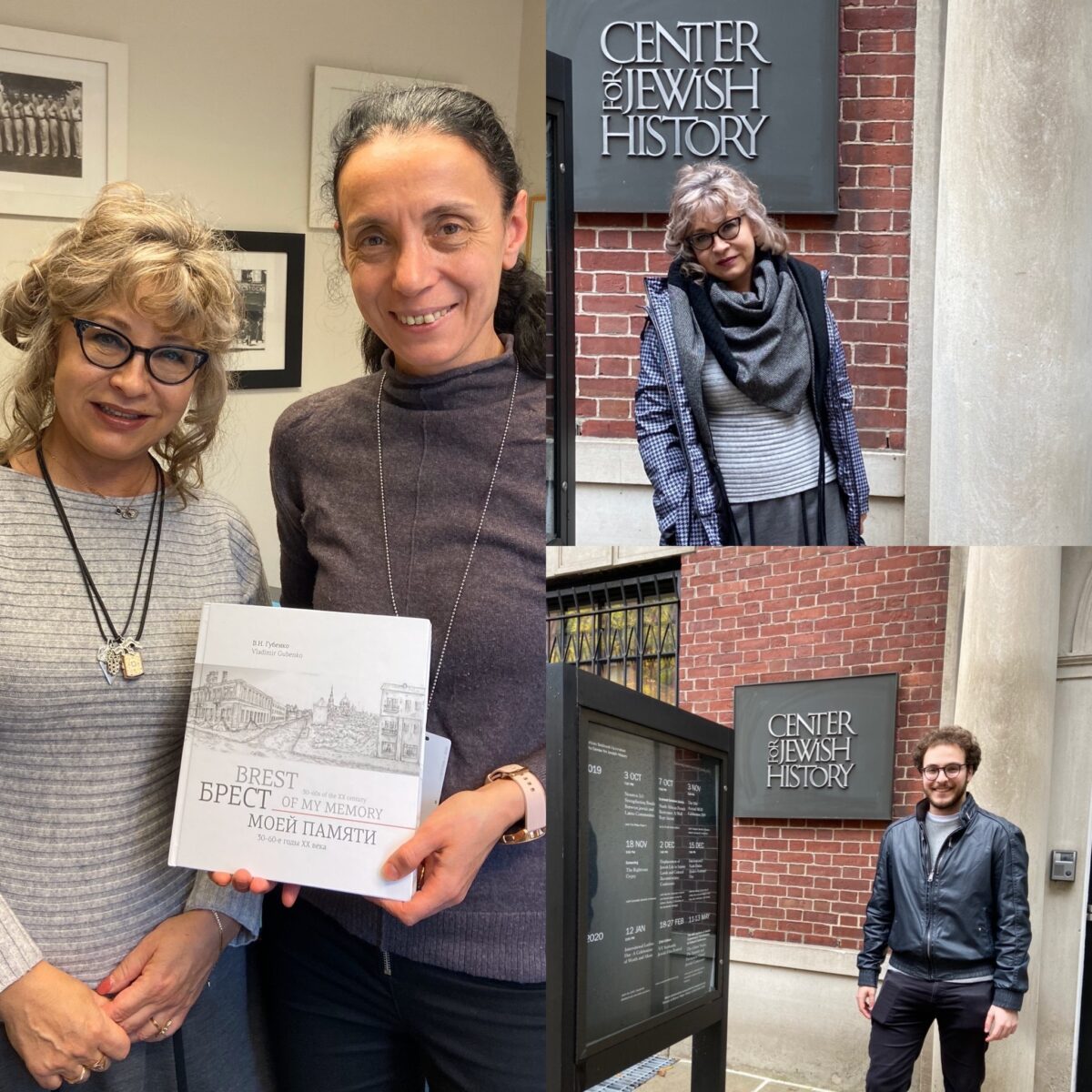 RECREATING IMAGES OF THE BREST GHETTO
Some donations to the YIVO Library strike a chord by their moral idea and unique concept. This was the case with Vladimir Gubenko’s Brest of My Memory: 30s-60s of the XX Century; Author’s Memoirs and Drawings (Brest, Belarus, 2019. In Russian and English). The book, with its 200 drawings, demonstrates the phenomenal memory of the author, now in his late 80s, who is not Jewish and was a child in the 1940s. His images of the Varburg Jewish neighborhood and the ghetto during WWII are particularly impressive in their details and in his compassionate approach. Gubenko drew with pencil while capturing his non-Jewish friends’ recollections of the ghetto’s destruction. The amateur artist—a physicist by profession—so sharply remembered every building and tree on the streets of his native Brest, that he could easily place the events into the environment of the town. According to Mr. Gubenko’s daughter, Natalie Levine, who donated the book, her father’s drawings often look like scrolls. After finishing one page, he would proceed to the next, and the stories would unveil.