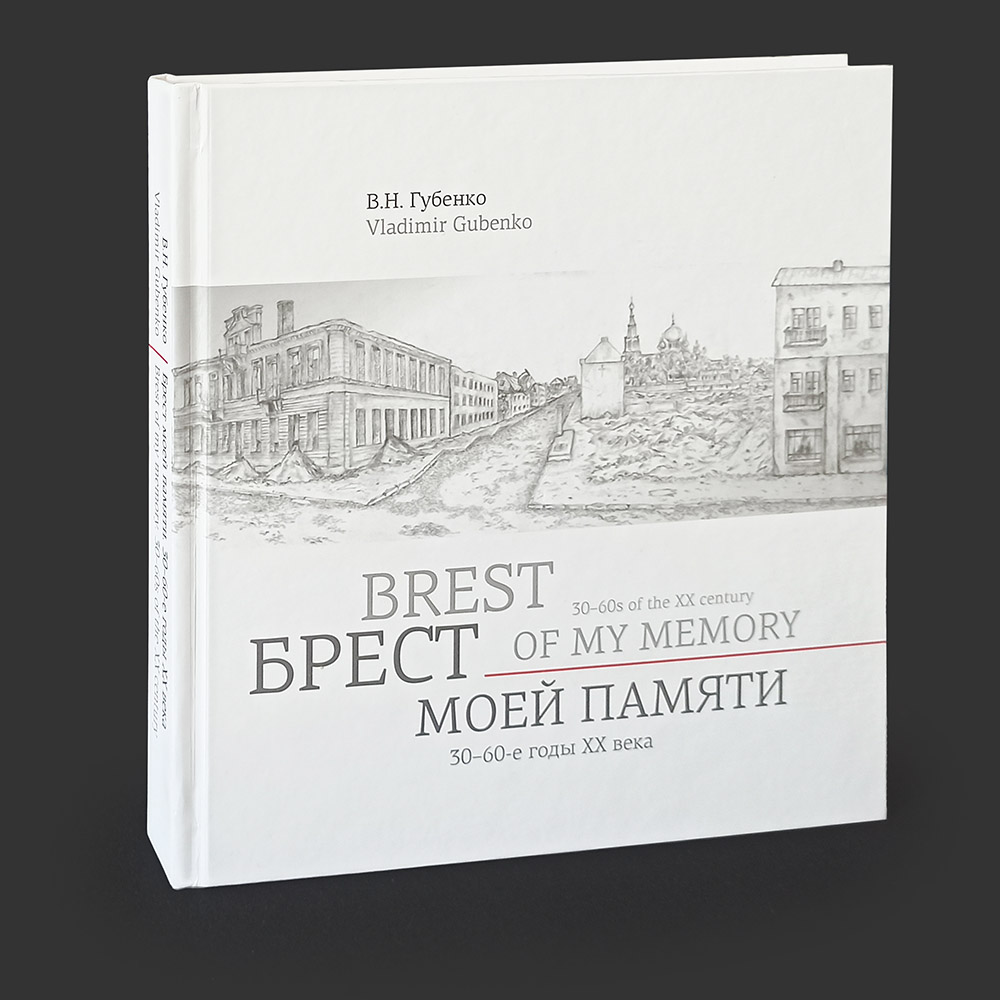 The author of this book is my darling father. For our family, he has always been a caring father, committed husband, loving grandfather and proud great- grandfather. For many others, he has become a household name in history journals, having recounted the stories of his beloved Brest in his own, unique way. Given his incredible efforts, the time has come to eternalize his stories on paper for the enjoyment and education about the past for present and future generations.

My father’s memory stores incredible amounts of knowledge from a wide range of fields, including natural science, history, poetry, literature, sports, technology, music and geography. For today’s digital generation, it is difficult to gage that a person who has to this day never used the Internet, can have such all-encompassing knowledge. Gifted with a unique photographic memory, my father has combined his ability to draw a picture using a mere pencil and paper, with exceptional narrative skills. It is this combination, that has made him such a phenomenon, and prompted many to dub his style “the creativity of V. N. Gubenko.”

Each generation has its face, its priorities, values, beliefs and abilities to learn from experience. Thus, each generation leaves its footprints on our history. Often, the paths between the footprints get lost, destroyed or forgotten, leaving the next generation to fill in the gaps with assumptions or fictions.

Our history is like a book with torn pages, which break the crucial link between generations. My father has taken it upon himself to restore those lost or forgotten pages of the stories of his beloved Brest. He has done so for his family, for his city and its citizens, for those who have perished and those that have survived. Using his unique talent, he has been able to revive the forgotten, rebuild the destroyed and recreate a world in drawing that would otherwise have been lost to the ages.

Over years the city of Brest has gone through many changes. Throughout a thousand years of its history the city has experienced both prosperity and decline more than once. Governments, languages, political geography have shifted and entire layers of population have disappeared. Unfortunately, a huge part of historical information is lost and cannot be restored by any means.

The main purpose of bringing the book of drawings and memoirs of V.N. Gubenko to life is to contribute to filling the gap in the short, but very important period of the city’s history. Hundreds of pencil drawings with documentary accuracy convey the daily history of the City over the Bug during the 1930–1950s. The drawings are the reflections of my father’s personal memories and memories of his friends.

The idea to do this was born many years ago during one of the many heart-to-heart conversations with his numerous friends. They would get together, reminisce on the past and eventually someone complained that “it was a real pity that they didn’t have a camera back then”. At that moment, I astonishingly witnessed my father taking a sheet of paper and making a list of Brest’s streets and compiling a plan of the city of his youth, marking all demolished houses based solely on his memory. Gradually, talks about the history of Brest became visual. Using a standard pencil was the most accessible, easy and quick way to depict what my father wanted.

Despite his success, my father always insisted that he is neither an artist nor a journalist, although his stories were published in many of Brest’s newspapers and were extremely popular with readers. His drawings were also frequently shown in public exhibitions and were also used by various authors in their publications for the illustration and description of historical events that took place in Brest.
I wish for this book to do justice to the immense work undertaken by my father. However, my great hope is that this book will serve as a window to the past, allowing the reader to catch a glimpse of what has been and believe in the power of the human story to change of what is to come.

I am deeply grateful to everyone who has played a part in helping this book come to life.

With deep respect to all those who care about the history of Brest,
Natalia Levine

Translated from Russian by Leo Levine and Sofia Levine