Pivovarnaya Street (Browarowa) and the Jewish cemetery “Kirkuty” (now the Lokomotiv stadium). The funeral in May 1941. 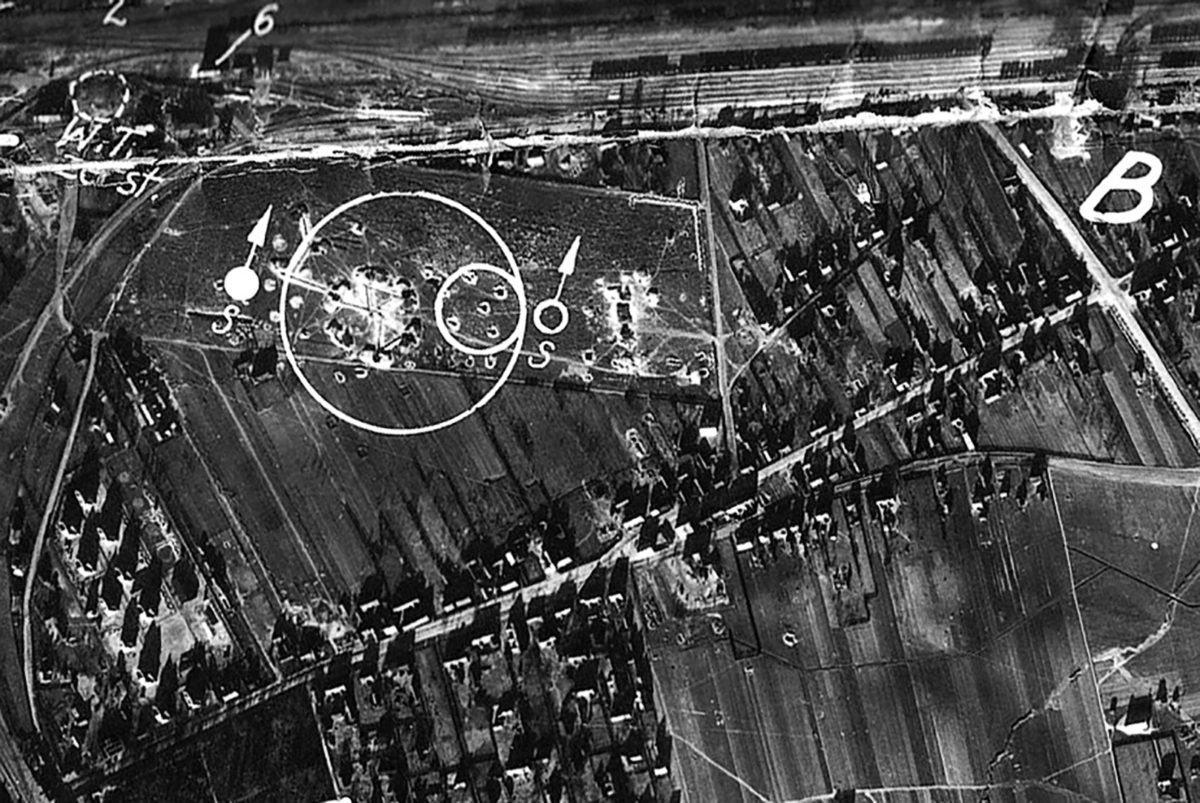 When the Soviet air raids began, the invaders installed twenty-four-hour sound detectors. They placed them at the Jewish cemetery. Dug outs were built for the team, maintaining the equipment in the west part of the cemetery amongst the graves. Matzevahs from this site had been trucked out. Their fragments — large or small — with characteristic, easily recognizable writings were being found later in different places in the city. During one of the air raids the German sound detector was hit and turned into scrap iron. The scrap iron was rusting for a long time in the post-war years. 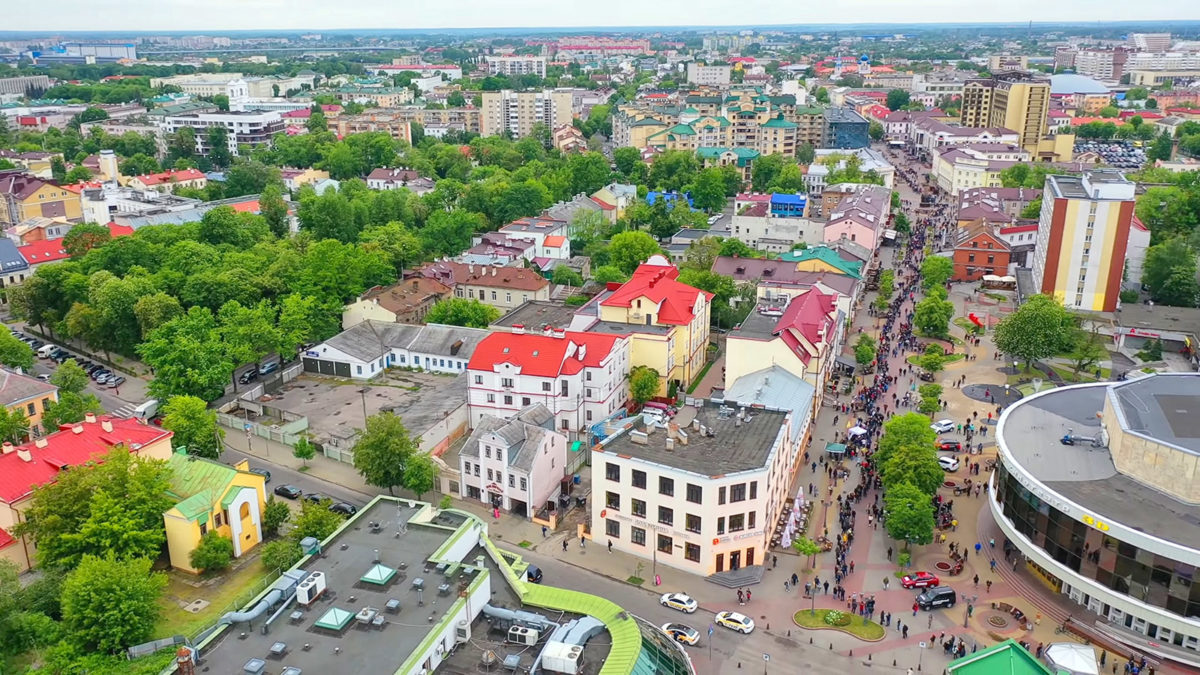 The oldest synagogue in Brest, built in 1862, which lost its worshippers, nevertheless it survived standing in ruins. This is a view of the synagogue in 1944-1945. 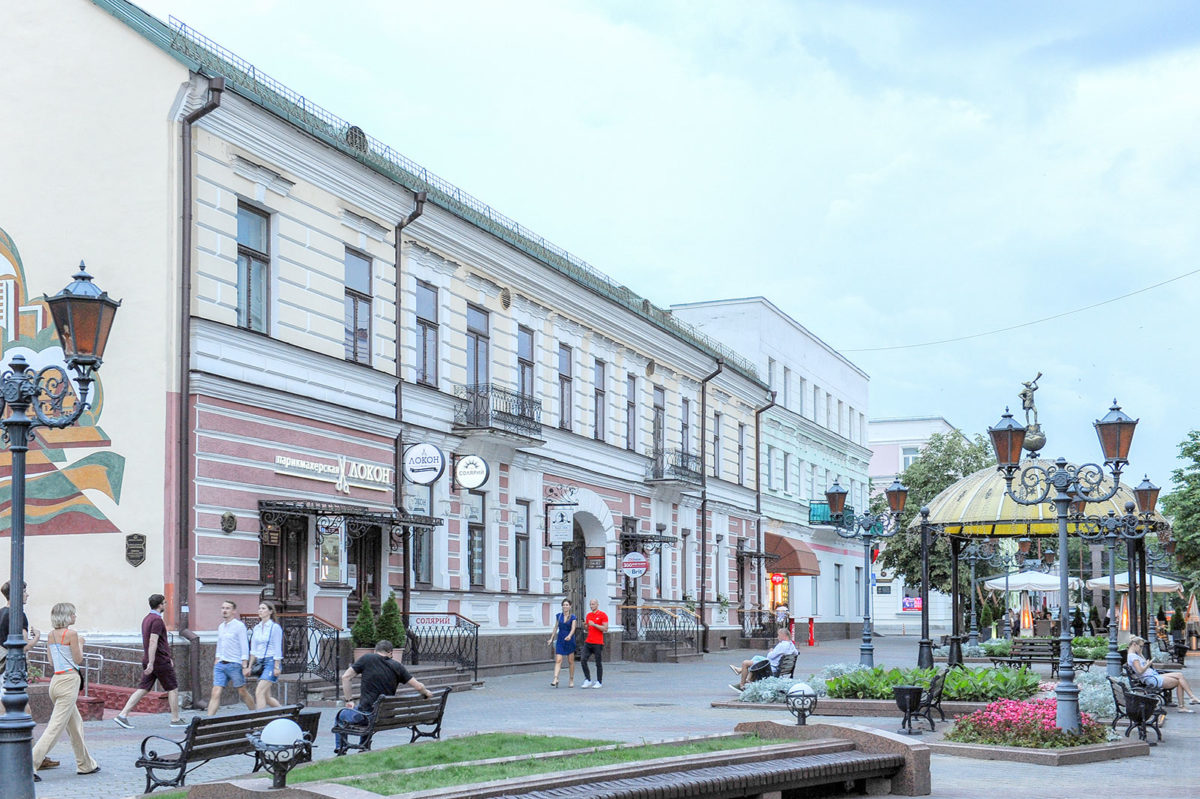 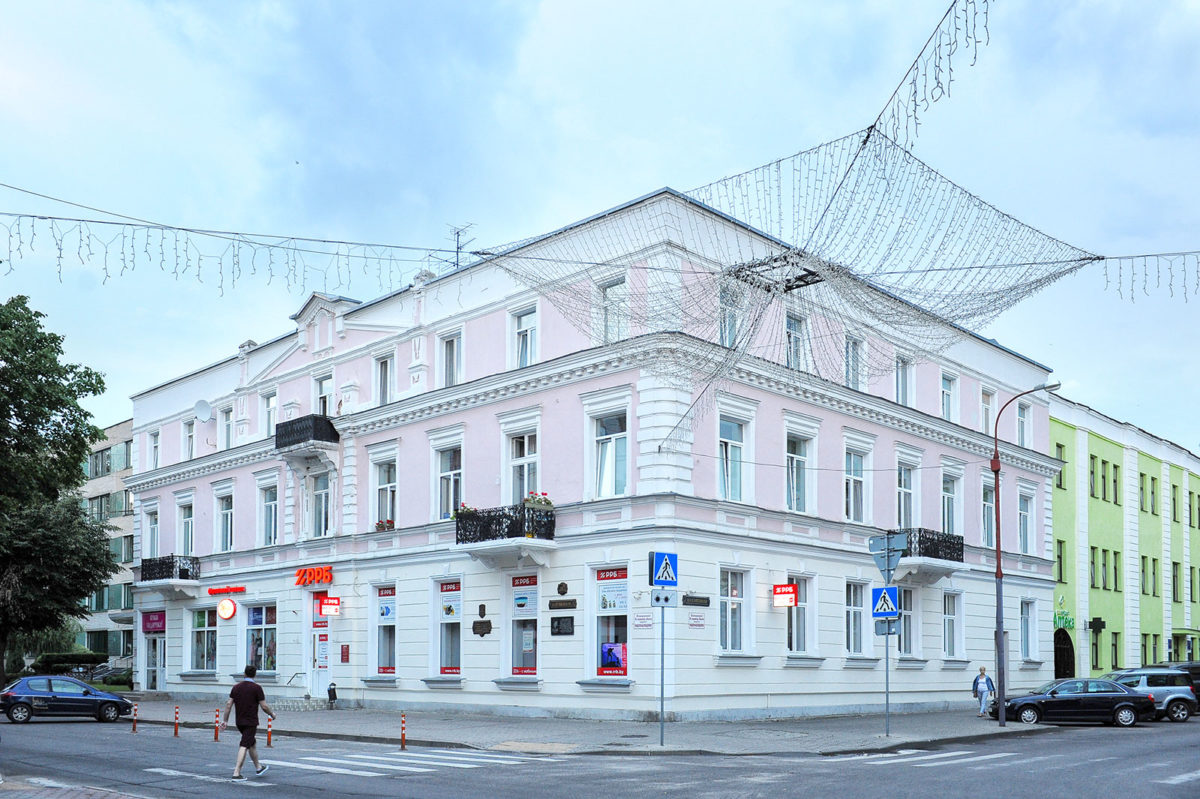 Pushkinskaya Street, the intersection with Sovetskaya Street. The burned down house of the Skorbnik family. The rebuilt house occupies a well-deserved place among the most interesting city buildings. 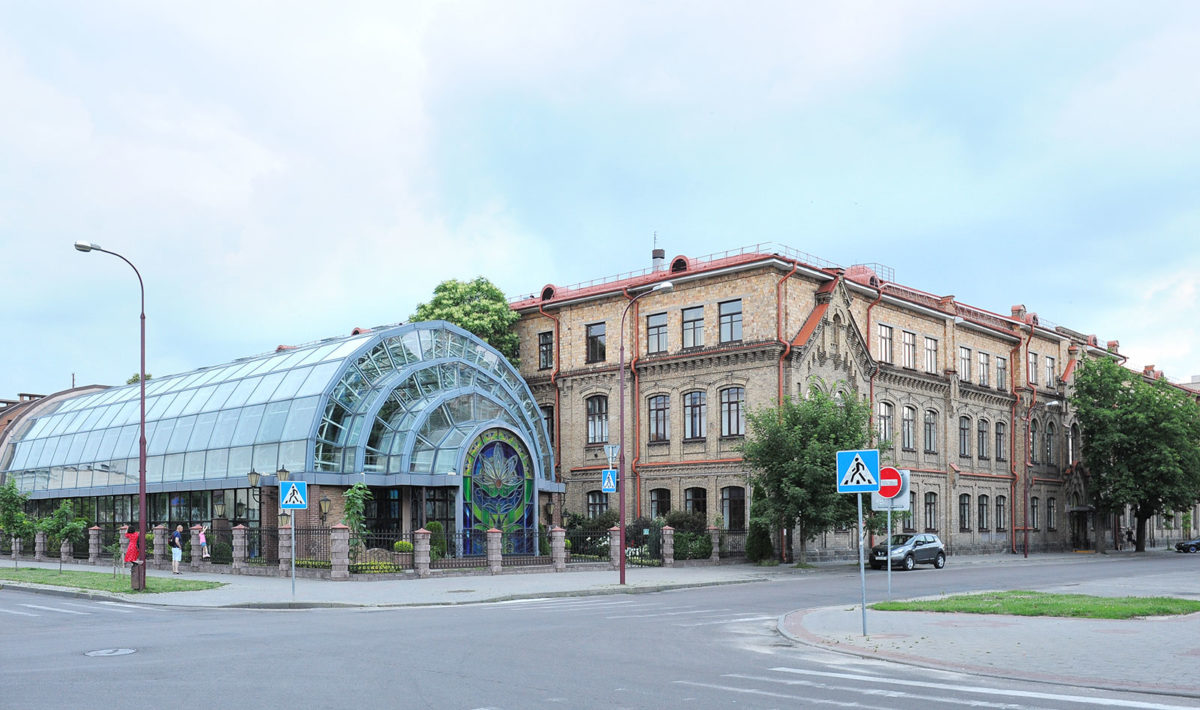 Brest, July 15 or July 16, 1945. When Stalin was traveling to the Potsdam Conference emergency precautions were taken to guard the station, the station forecourt, and the train tracks. The first line of the cordon passed along Mitskevicha Street, the second line passed along Ordzhonikidze Street. The soldiers did not allow anyone to approach the station. The authorities cleared the station from passengers, only a few station workers remained there. The picture of a normal, everyday life of Brest Central Station was staged. The staff of the Ministry of State Security acted as passengers and porters carrying hand luggage. The station buffet, filled with products sold at long-forgotten pre-war prices (not at commercially over-expensive prices) remained open. The rumours about this fact quickly reached the population and were hotly discussed by the residents of Brest rather than the passage of Stalin through the city. Everyone wanted to get to the station to shop cheaply. The authorities tried in every possible way to stop those rumours, “slanderers” were threatened to be imprisoned. I’m not aware if the supreme leader had ever been looking out of the window, but he had never left the carriage, and didn’t stay in Brest for a long time. The carriage shift was not required since a wide gauge had been laid all the way to Berlin. An hour and a half later the train left. The cordon was lifted and people spread different ways to their homes, not knowing the reason for their detention. 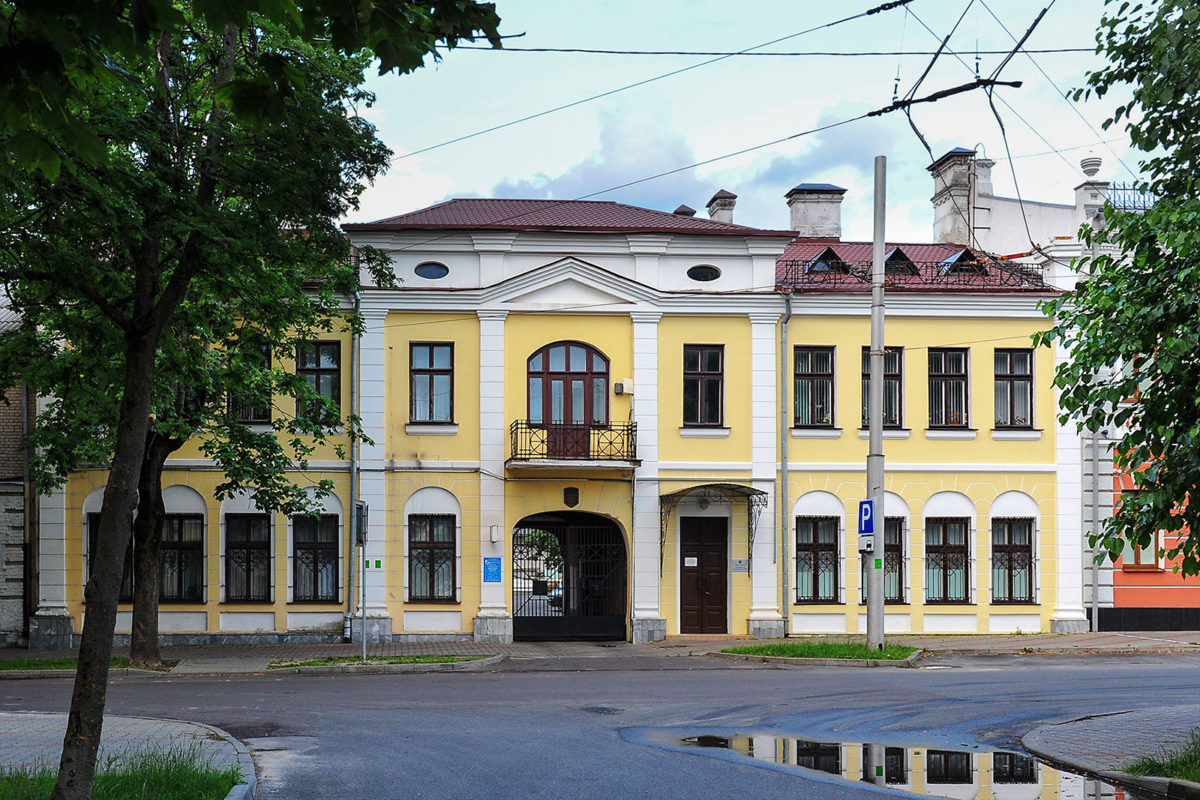 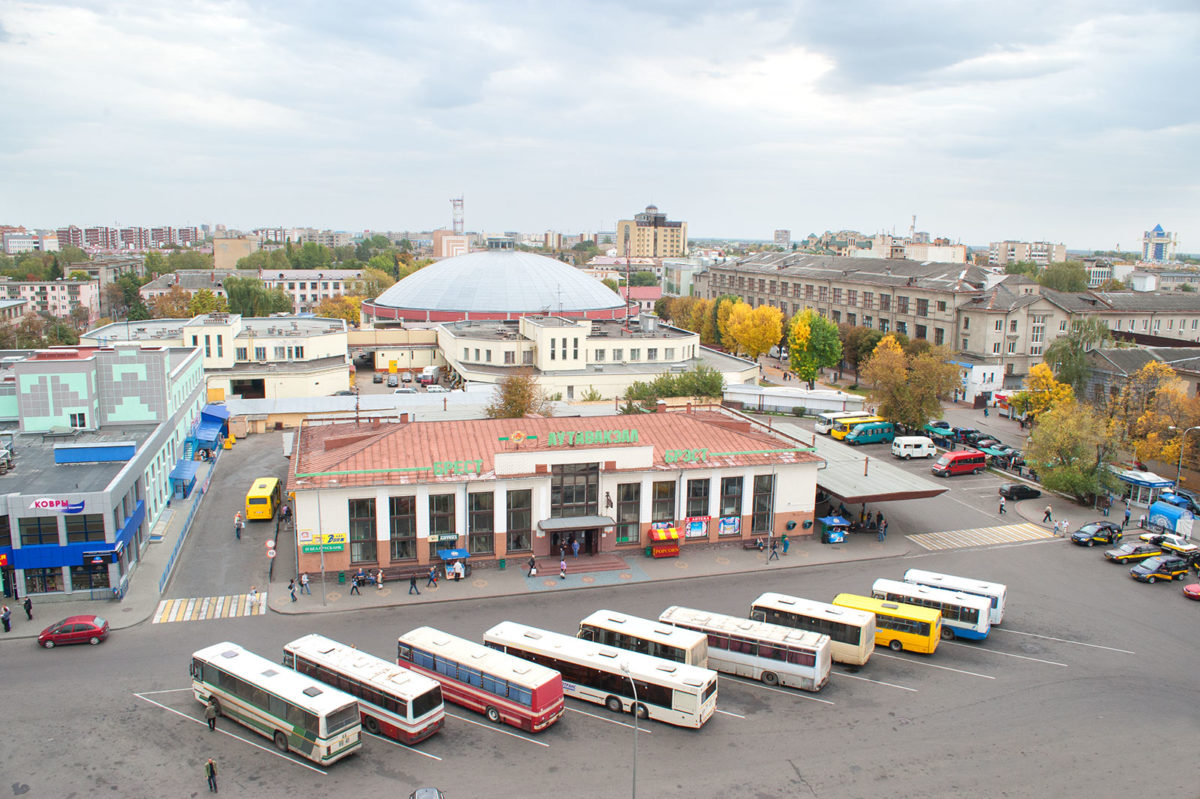 The city market — “the Small Market” — as it was called by the residents of Brest, who remembered its name from the pre-war times. The picture shows the market as it looked in the early 50s of the last century. Nearly always closed trading stalls bordering the corner of Kujbysheva Street and Shkolnyj Lane were still there. Nearby there was a wooden building with a workshop, where the local “handy men” were doing minor mechanical repair works, including Primus stoves repair. The city flea market was moved to the grass-green wasteland with many well-trodden paths which replaced the burnt-down quarter. The place was surrounded by a high fence. For the residents, it was like a manufactured goods department of a “bazaar supermarket”. Before the market was moved from there the sellers and buyers of all sorts of things had crowded at the intersection of Mitskevicha and Kujbysheva Streets, often blocking it completely. One could come to the flea market naked and leave it dressed from head to toe in everything new or worn depending on the thickness of the bundle of notes in a buyer’s hand. The only city department store and a handful manufactured goods shops could not compete with the flea market in either pricing or the variety of supplies. Over the years the market square became a bus station, and the market switched to the wasteland from Karbysheva Street to Kujbysheva Street facing Pushkinskaya Street. After multiple reconstructions, it has finally taken the appearance familiar to new generations of Brest residents. 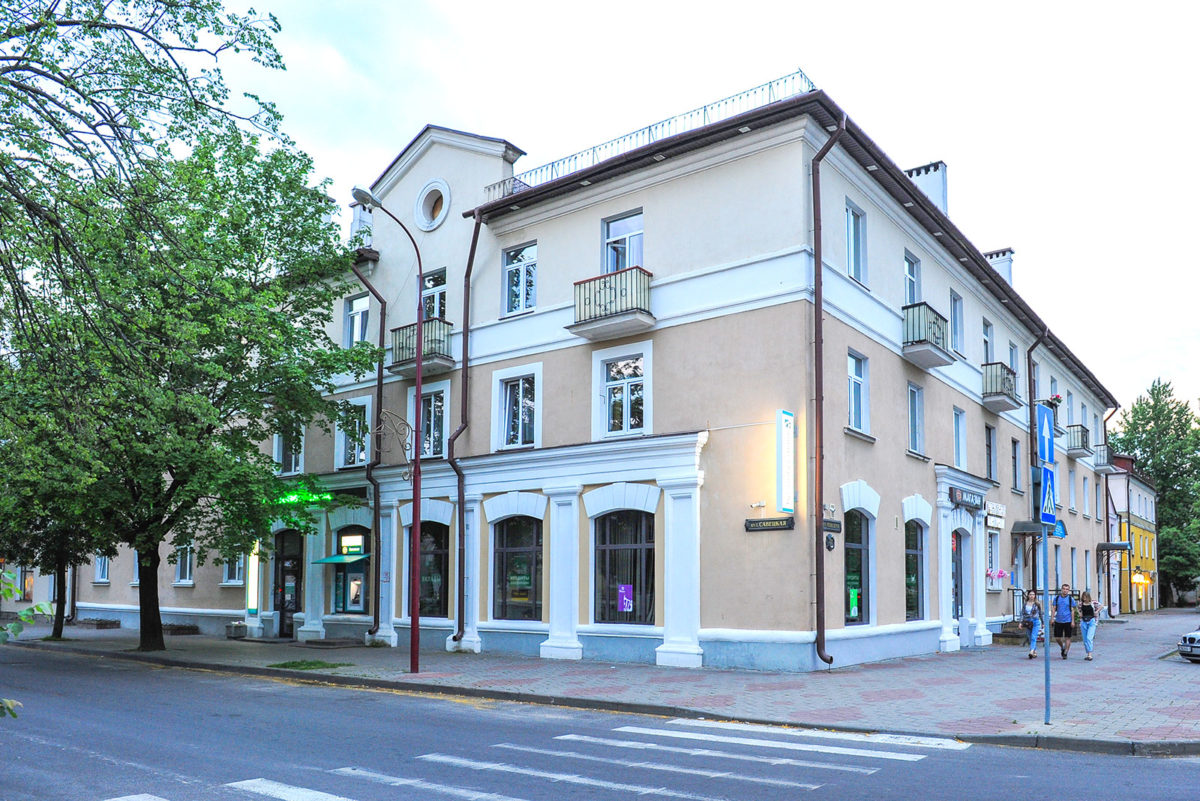 “Goluboj Dunaj” (Blue Danube) — popular drinking den of the 50s. It stood at the corner of Sovetskaya and Mitskevicha Streets on the site cleared from the corner house destroyed in 1944. At that time, bomb splinters damaged a near-by church fence. Their traces are still visible. The drinking den was colored blue which explains its nick-name given to it by the student of the Department of languages and literature Leonid Makarenko, an admirer of J. Strauss. 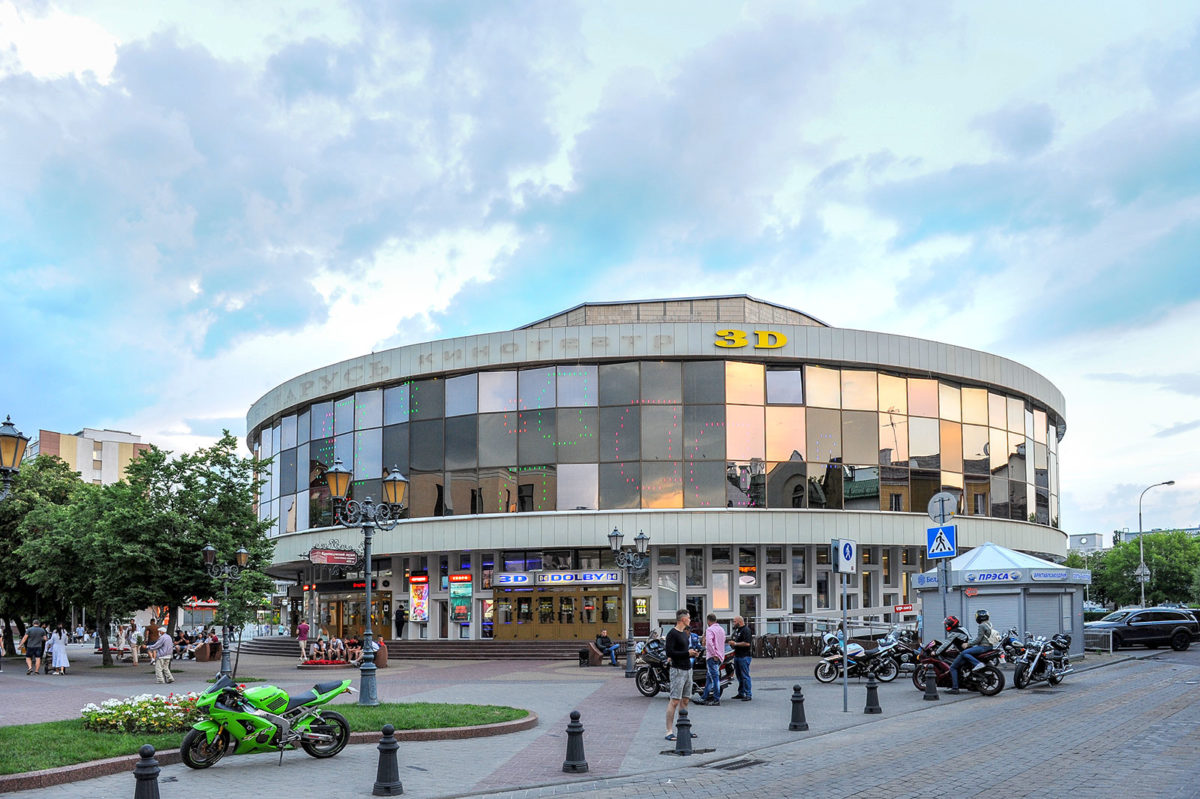 Brest, October 1944. A military mobile film projector device is demonstrating the American film “The Big Waltz” in the building of the former synagogue. In 1945–1946, there were three cinema houses in Brest: the “1-go Maya” cinema (the former “Adria” on Sovetskaya Street), the “Smena” cinema (the former Evangelical Church on Karl Marx Street), and the “Named after Gorky” cinema (the former cinema of Sarvera on Sverdlova Street). The hall of the synagogue was spacious. There was a stage and curtains, and both local and touring performances were shown there. Various solemn assemblies, meetings of the pioneer druzhinas and Komsomol members of the city, performances of professional and amateur actors were also held in the building. Later on the cinema “Belarus” was opened in the former synagogue building.

Previous
Next
Older Posts
The reproduction of brestmemory.com materials is possible only with the written permission of the publisher. Write to e-mail
An active direct hyperlink to the brestmemory.com page containing the original publication is required. This link should be placed at the beginning of the reprinted material.
Any changes to texts, headings, photographs during reprint are prohibited.