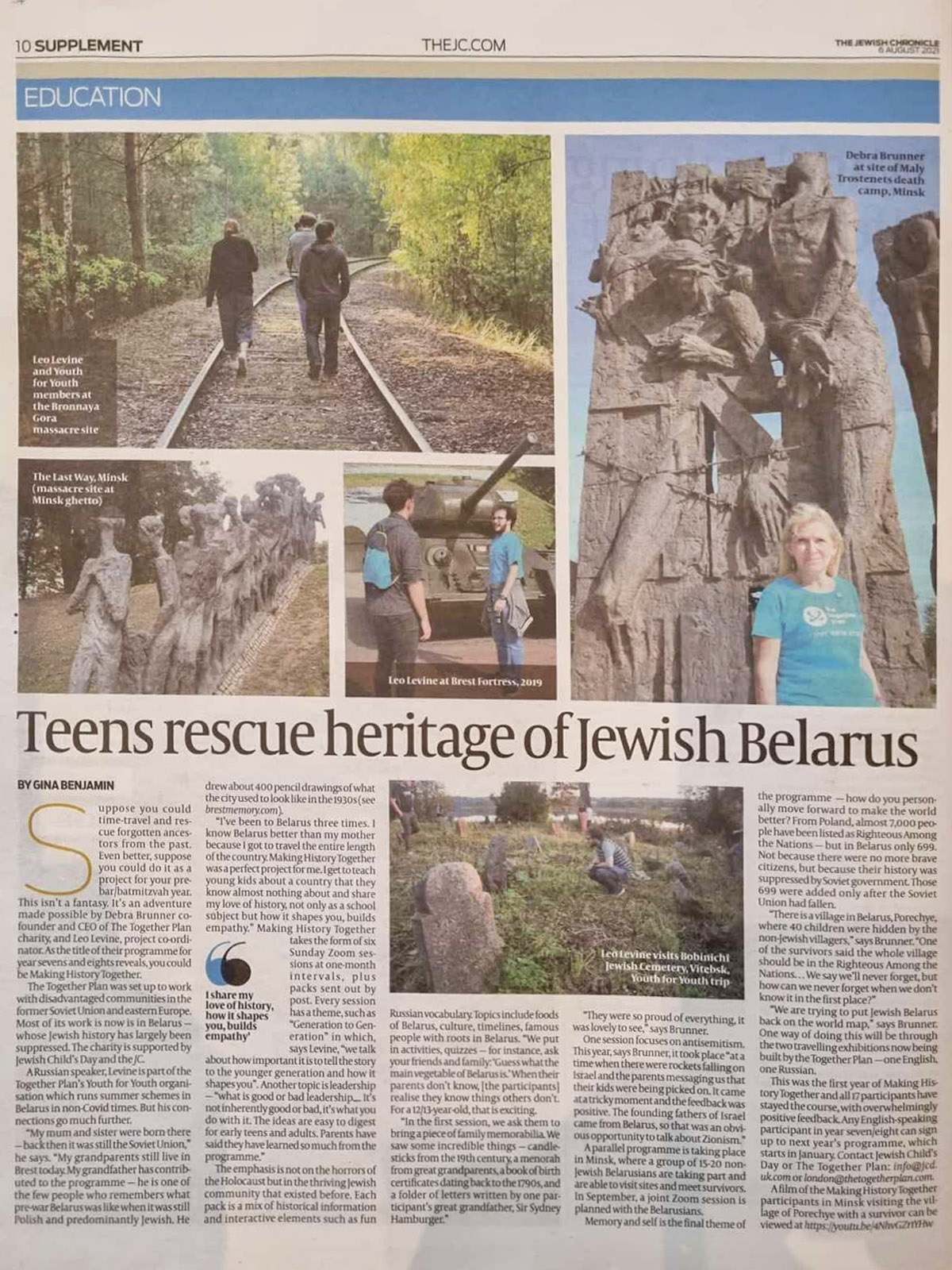 Friday 6 August 2021 in the education section of the British weekly newspaper the Jewish Chronicle, an article by Gina Benjamin was published titled “Teenagers rescue heritage of Jewish Belarus”. The events of last year have made Belarus infamous throughout the world. This is on the one hand, but on the other hand, they also raised interest in learning more about Belarus, its history and culture. The British charity The Together Plan has been actively supporting the small Jewish communities still present in Belarus for many years. The organisation pays of attention to educational activities, the purpose of which is not only to preserve the memory of the centuries-old history of Jews, who once lived in Belarus and completely disappeared in the Holocaust, but also to pass this baton of memory to future generations. Last year, a joint Belarusian-British project “Making History Together” was launched. This project, in which teenagers from two countries participate, offers a wide range of topics that are offered to study and discuss for  children that show an interest in history, told in an article by project coordinator Leo Levine and director of The Together Plan, Debra Brunner.