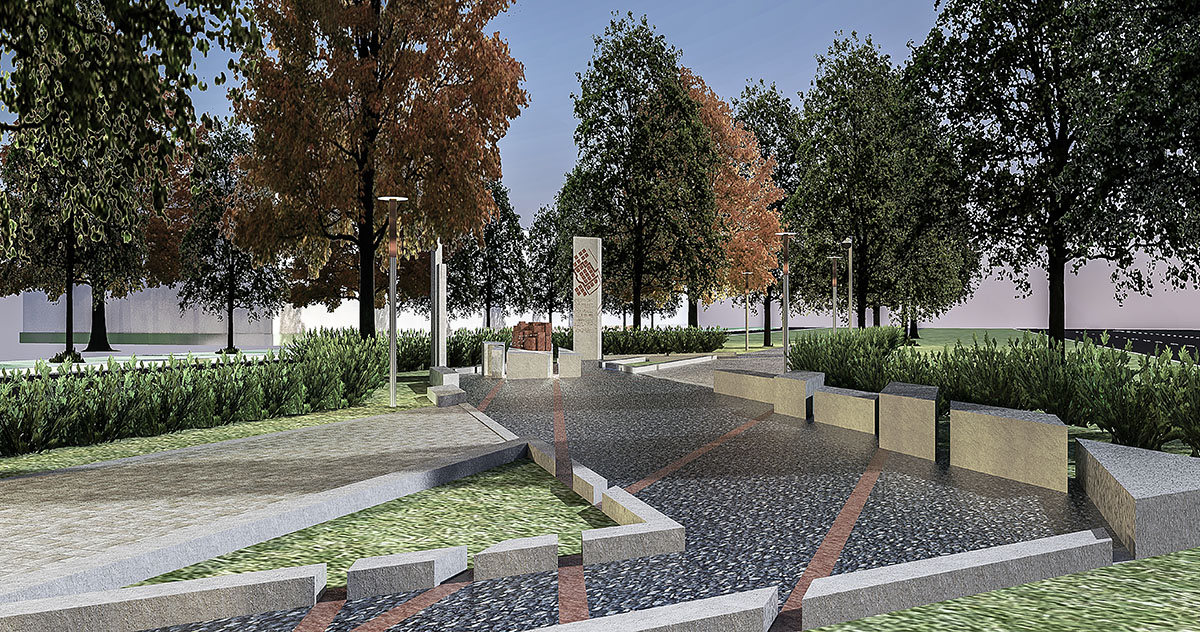 The architectural solution was created taking into account the existing pedestrian zone.

The diagonal lines simultaneously serve as a smooth entrance to the reconstructed space andemphasise the compositional solution of the memorial sign.The memorial sign consists of two parts, the base repeats the lines of a six-pointed star from which the rays diverge, telling us that you can kill the physical body, but you cannot destroy the human spirit.

The upper part is an artistic image of the houses included in the ghetto zone, which have basically been turned into a prison. The information part is located on three stellas installed on the sides of the memorial sign.

The first stela depicts a historical development plan with houses included in the ghetto zone, and a detailed description below. On the second stela is a dedication in three languages “In memory of those who were killed only because they were born.” On the third stela, a brief informational text about those terrible events, and will be supplemented by a QR code sending to the web page with full, extensive material.

In the diagonal entrance zone into the memorial sign area, granite blocks are installed, which can also serve as benches.